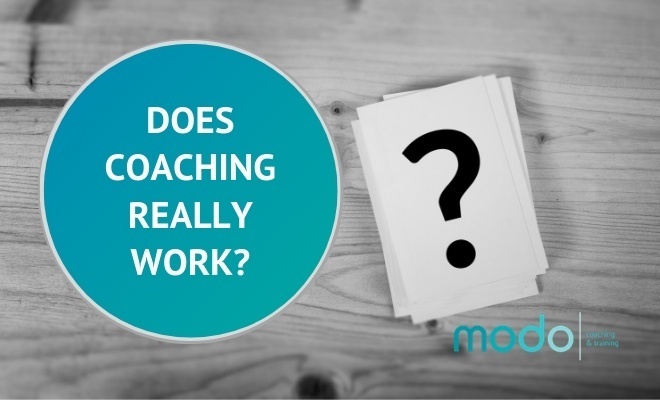 In 2015, the International Coaching Federation (ICF) estimated that the total global revenue from coaching was 2.356 Billion USD. Still today, the coaching industry doesn't appear to be going anywhere anytime soon. With a continued rise in popularity of coaching services, we can surmise that coaching must be achieving results. This article aims to explain some of the research that shows us coaching is currently working. I'm also going to discuss how statistics don't answer the question you might really be asking.

There has been an increase in the number of research papers, studies and articles on coaching in the last decade. Coaches, businesses and researchers are attempting to answer the burning question - Does coaching actually work? Are we getting ripped off, and feeling good while getting conned? Or have we found a professional development framework that is blowing old techniques out of the water?

What the research says.

I'm not going to attempt to compile 10 years of research into this short blog. I have read a vast number of papers on the effectiveness of coaching. Most of the results have been astounding, and quite optimistic about coaching. For example an International Coaching Federation Global Coaching Study reported the following:

These results infer that coaching has been effective, in a pretty big way. Imagine if your organisation made back 50 times what you invested in your people?

Here's the troubling part, and a key theme I discovered across almost all the papers and articles I've read. There doesn't seem to be an agreed definition for 'effective'. The Institute for Employment Studies and James Cook University explains this well in their paper titled What makes a coach effective.

There is no definitive evidence about what marks out a 'good' coach from a 'poor' one, or indeed what makes a coach 'effective' rather than 'ineffective'.

Why is this a problem you ask?

My guess is that you're reading this because you'd like to know if coaching will be effective for you, or for your team. To even begin to answer that question I would need to ask you, what do you mean by effective?

It would seem that the research community hasn't agreed on what that means. This means there are notable differences in the results, depending on what specifically is being measured. It also lends itself to a large degree of subjectivity in what counts as 'effective'.

When considering whether coaching is effective, the question I find most valuable to ask is this:

Is the coaching facilitating the client to achieve their goal - in a way that is ecological for the client?

If the answer is yes, then I'd say you have some pretty effective coaching at hand. Asking this question and setting your goal at the outset of coaching will allow you to measure your progress. More importantly, this question helps keep you and your coach on track to whether you're getting the results you'd set out to achieve.

What experience tells me

Many years ago, before I subscribed to the notion of coaching, I heard grand statements about how coaching could change my life and radically transform my thinking. I was a little sceptical that coaching was the next new personal-development craze, something akin to singing kumbaya in a circle.

Yet, I couldn't ignore the fact that it sounded very exciting. To open my mind to a world of possibilities that I hadn't (and wouldn't be able to) conceive without a new input source. And hey, if it works, it works, and if it doesn't, no harm, no foul.

I knew a few executive coaches and I asked them to coach me. Expecting they had something to prove, some power for me to witness. Not realising that I was in fact required to show up as an active participant. I changed my attitude when my coach explained how important it was for me to be a willing and active participant.

What transpired was something else. From the outside, it probably looked like we were having a nice chat. Yet, what happened for me from within the dialogue was a profound awareness. An awakening which I could only describe in my limited understanding of the brain - as new neural pathways being formed.

As a result of being asked ridiculously powerful questions, I discovered new ways of thinking that I'd never had access to before. My direct experience has informed me that coaching is incredibly effective.

Through coaching, I've overcome some of the biggest challenges I've faced in life. Including anxiety, panic attacks, and difficulties in exercising courage.

How will I know if coaching will work for me?

You won't. I mean, the research indicates that it's highly likely you'll have a great outcome and that you'll get a return on your investment. I understand the desire to want to be unequivocally assured that a service or product will be worth the investment. However, there are many variables which affect the 'effectiveness' of coaching. So what do you do? You set yourself up for success.

Here are my 3 top tips on what to consider when engaging a coach.

This last point is really important. My guess is that you wouldn't ignore doctors’ advice and then still expect to get better. So, when attending coaching sessions, be present, open, and willing to give yourself over to the coaching process.

So, does coaching work? The short answer is Yes. That's been my experience and apparently the vast majority of the research subjects too. Coaching is getting results.

The long answer is this... If you hire an accredited coach who knows what they're doing, and you actually show up to your coaching sessions as a willing, active participant; then yes. Coaching has the power to grow even the most stubborn minds from in-effective ways of thinking and being.

If you're curious like I was, then we're offering free 30-minute coaching sessions to anyone who's brave enough to try it out.  Zero obligation. This is a way that we get to share the joy of coaching. It also gives us both peace of mind that we're a good fit for one another before venturing into a coaching program together.

I'd love to hear from you.  -Donna

About the Author Donna Woodrow

Donna takes a genuine interest in the collective and personal growth of the human race and its individuals. Donna is a seeker who loves to travel and invests considerable time in her own personal growth. Donna is a professional coach and trainer, experienced Enneagram facilitator and the Managing Director and Partner of Modo Coaching & Training.