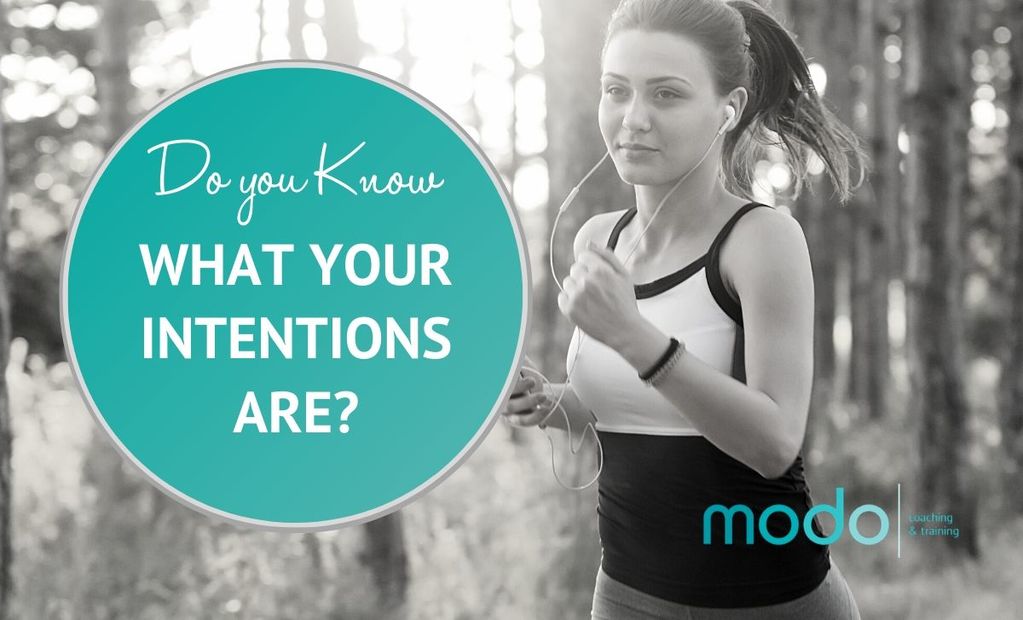 Do you know what your intentions are?

“Energy flows where attention goes as directed by intention.” When I first heard this statement many years ago, it was a profound moment for me. I became very curious and began to ask myself - What am I paying attention to? And I began to wonder, do I really intend to be paying attention to these things?

Then it dawned on me, that maybe I wasn’t living an intentional life at all, but rather, I was living an attentional one! I was like a kid let loose at a carnival. Intending to do one thing, but then being distracted by the pretty lights and sugar sweeties, leading me to something else.

This realisation, that I had spent much of my life on autopilot, making decisions based on unconscious intentions, allowed me to make sense of why I often wanted to do something (intention) and yet, was unable to follow through (attention shifted) usually because of a higher or deeper unconscious intention. I was like a ball in a pinball machine waiting for the button to be pushed, it was anyone’s guess where I would end up!

Some of you may call this flexibility, however I would describe it more like a distraction of epic proportions. I felt like I was constantly failing at life. I had all these good intentions of what I wanted to do and achieve, but I wasn’t getting anywhere. I would put them off or get distracted and I would feel more and more powerless to take control of my life.

An example of this would be; I wanted to go to the gym to get fit (perceived intention) but I ended up doing a jigsaw puzzle, (distracted – attention refocused) and the whole time not realising that my highest intention was actually to avoid the pain of the gym and remain comfortable, which was what shifted my attention from going to the gym to sitting doing something I enjoyed.

When we find ourselves not being able to follow through on something which we intend for ourselves (goals, hopes, dreams, ambitions) then we can consider this as an indicator that maybe we are not really in touch with what our highest or deepest intentions are. We often think that we want something but there can be a higher or more powerful intention working against us without us even realising it.

So how is it that one intention can win over another? Easy, it has more meaning attached to it. Somewhere along the way I had lost my “why” I wanted to do the things I wanted to do. Often my intention was based on an external motivator or distortion (I should, I must, I have to) which had very little, to no real meaning to me. Or my fear would override my original intention where it became more meaningful for me to avoid my fear. This lack of meaning is why many New Year’s resolutions are destined to fail. One thing we know from Neuro-semantics and Neuro-Linguistic Programming is that meaning drives performance. The higher the meaning the higher the performance. I

I​t has been said that with a big enough “why”, one can endure any “what”.

Yet neuroscience has shown we cannot focus on two opposing thoughts at the same time. This means we are either focused on what we want, or on what we don’t want – an important point because life unfolds in the direction of our attention as directed by our intention. This research also indicates that our state of mind directly influences our life and that clearly set, focused and meaningful intentions can result in amazing and lasting change.

However, our thought (intention) is only half-way there. We must follow through with action if we want these intentions to materialise. Like my father once said, “You can pray all you want for potatoes, but you had better grab a hoe”.

So, if you find yourself not being able to achieve something which you intend for yourself, it may be that there is an overriding intention you are unaware of. It may also be that your intention has too little meaning behind it. This is where a Coach can help. A coach can assist you in uncovering those things which may be unconscious to you at this time and assist you in creating meaningful intentions so you can live an intentional life, rather than an attentional one.

About the Author Tamara Pickard

Tamara Pickard is an Executive Coach, Trainer and a Managing Director of Modo Coaching and Training, with many years of experience leading large organisations. Tamara is a certified Meta-Coach, Master NLP practitioner and experienced Enneagram facilitator, and her passion is to facilitate people to discover and actualise their highest potentials in their personal and professional lives.